The corporate media routinely admonishes violent protests, even as it ignores the undisputed historic role excessive politically-motivated behavior has been in causing fundamental political-economic change.

Media coverage of the events unfolding in Baltimore connected with the death of Freddie Gray, a 25-year-old black man , carry a familiar theme: protestors gather to demonstrate their anger at the unprovoked death, while some become violent and torch and loot business establishments.

In turn, the media unequivocally condemns the violence, degrades those causing the violence and appeals for peace, even as the police presence increases to near para-military levels in an attempt to restore the status quo.

What’s missing from these media descriptions is any historical perspective about the role of violence and how it invariably focuses more attention on the social-political-economic rather than detracts from them.  In many media commentaries, the refrain is that violence serves no purpose, but the fact that their coverage intensifies when there is violence negates the media’s collective statement.

If the corporate media studied their history, they would recognize that every major social movement in the twentieth century–from the 1913 death to publicize the suffrage movement  to civil rights to Viet Nam war protests to the deaths of black men in police custody–have all been accompanied by violence. 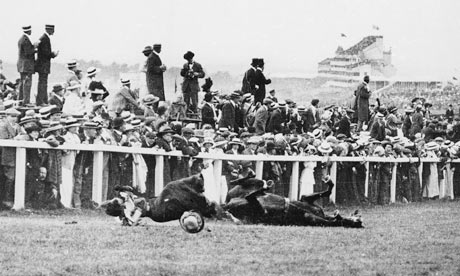 The violence is the yin-yang of peaceful protest and the level of violence, from self-immolation by an American in Washington DC used during the Viet Nam War protests, to the Weathermen, and sporadic fire and looting, is invariably always denounced by the media and civil authorities, yet it serves the purpose of focusing debate on the main issues and generates responses from the proper authorities.

In the most recent case in Baltimore, the corporate media followed this exact pattern. However, after a few days, more underlying news emerged about the significant poverty level in Baltimore, especially in the affected neighborhoods such as the Gilmor Homes housing, errant police behavior in the Gray case, the long-term dismal job prospects of young people in neighborhood and other class and economic issues.

How bad is the situation in Baltimore?  Here’s one answer:

“Over the past four years, more than 100 people have won court judgments or settlements related to allegations of brutality and civil rights violations. Victims include a 15-year-old boy riding a dirt bike, a 26-year-old pregnant accountant who had witnessed a beating, a 50-year-old woman selling church raffle tickets, a 65-year-old church deacon rolling a cigarette and an 87-year-old grandmother aiding her wounded grandson …. “And in almost every case, prosecutors or judges dismissed the charges against the victims—if charges were filed at all.” —The Atlantic

In short, the Baltimore riots are a case study in class warfare.

That is a very powerful condition, especially in a presidential election season, when Republicans have denigrated the term because they basically think it should not exist since all of their candidates would only work to make the distinctions between the very wealthy and the remainder of Americans more sharp. It’s also class warfare since the rioters are disenchanted working poor.  In another era these people would be called the proletariat, or if they were poor and had no vested interest in the society at large, they would be called the lumpen proletariat.

These are once-common Marxist terms that are all but banned on the corporate media today, but many of the Baltimore rioters would agree with these definitions since they have very dismal prospects of ever making it into the middle class. The other major worry for the presidential candidates in both parties is that the class warfare and proletariat descriptions do not extend into the middle class.

As the presidential contenders and other look for more talking points, many Democrats (Bernie Saunders and Elizabeth Warren especially) have addressed the dangers of stagnant

middle class wages and mobility, young people burdened by college debt that is so high it impacts their ability to buy a home or exit the rat  race.

Even Women’s’ Wear Daily, hardly a financial publication and certainly not known as being a catalyst for social change, ran a major story this week about the demise of the middle class and how it has affected the retail clothing business. No longer are high-end brand a reality, but more shopper have lowered their sights to buy clothes at Wal-Mart.  Moreover, younger people with some disposable incomes are no longer brand-name focused, but shift their tastes and purchases based on fads and prices. This unpredictable consumer behavior is bad for any business, but it is especially difficult when it is determined by a lower disposable incomes.

So as events unfold in Baltimore, and more Progressive Democratic candidates enter the race, the political gap widens between those who abhor the term “class warfare” and those who realistically embrace it as an accurate description of what is at stake in the U.S. today. If the Democrats are smart, they will use this historic wedge of class warfare, economic inequality, unrepentant Wall Street, and unparalleled unequal privilege, to address the existence of an urban proletariat that faces major limitations in moving up the economic ladder.

Worse, this dismal condition is expanding into the middle class. It’s no wonder that more Americans face uncertain, anxious retirement realities, as the corporate media continues its myopic coverage of this new American class struggle.

But for the mainstream media, the admonition that violence is never a useful element of protest is a historic fallacy. The responsible media should avoid knee-jerk reactions that denigrate active protestors  as criminal even as they increase their media coverage of the fires and street battles.

They know it’s good TV, but they should also investigate the underlying reasons why rational people risk physical harm against a disproportionately and lethally-armed police force with military grade weapons and seemingly with little judicial accountability. Add to that the fact that Baltimore’s story has been going on for decades and you have a much bigger story of proletarian class warfare.  But don’t mention those words on TV.  It could be bad for business.

Why Conservatives Hate ESG Investing and Wall Street Loves It

The 2020 election has made it evident that the American economic and political system is designed to be grossly unfair to average citizens.

Disparities in tax rates, access to voting, gaming the tax system, cronyism, bad business practices, preferential treatment by the legal and financial system are all on full display.

It’s safe to say these fissures in the democratic system are more glaring today than ever before.

This is the system that created tax loopholes that allowed Trump to evade taxes for years as he continued to rack up financial losses.  His abuse of power and knowledge about working with banks that operated in the shadows and allowed him to be forgiven on millions of dollars in loans is something few experts can explain.

This site can educate and motivate. It can put you in touch with ethical financial firms,  fiduciary planners, Registered Investment Advisors who provide conflict-free advice,  and co-op banks and credit unions.

One goal is to take more control over your financial future, especially for retirement and funding a college education. Take control of your investment future using the information in this book. It can save you thousands of dollars.

Chuck Epstein - August 8, 2022 0
Republicans want us to believe they are concerned about state pension plan participants when people can see this is another power grab to gain control over trillions in pension fund assets.

Crypto’s Links to Sports Betting is a Dangerous Move

Trump Corruption is an Extension of His Business History

Trump’s Whole Life Was A Lie, But His Followers Believe hIm

Why the Anti-Woman Smear Against Bernie Makes No Sense

Progressives Have the New Ideas in Tonight’s Dem Debate

The GOP’s War Against Retirees

U.S. Generals Are Making a Killing in Pension Benefits and Salaries

ABOUT US
The $3 trillion mutual fund and financial advisor industries play a critical role in determining the financial well-being of millions of Americans. The industry’s problems, ranging from conflicts of interest to lack of transparency, affect retirement planning and the ability to build secure financial futures for millions of investors. You can prevent this by working with a Registered Investment Advisor (RIA), using low-cost ETFs and mutual funds, and supporting pro-investor regulations that should be proposed in the Biden presidential administration. HIgh fees also cut into your portfolio returns. To learn more, get the book, How 401(k) Fees Destroy Wealth, on Amazon.
Contact us: info@theprogressiveinvestor.org
FOLLOW US
© 2020 theprogressiveinvestor.org. All Rights Reserved.